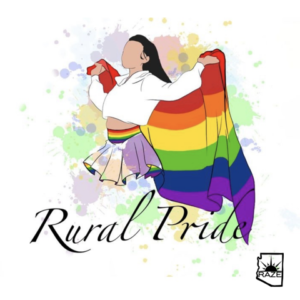 In today’s polarized political and cultural environment, conservative politicians and pundits use LGBTQ+ issues as a wedge issue. Laws that allow businesses to refuse services to someone because of their sexual orientation or gender identity or that deny LGBTQ+ people basic freedoms and choice prey on fear and are designed to be polarizing and distracting. Initiatives like these, including “bathroom bills,” bills regulating trans athletes’ participation in sports, and so-called “religious freedom” bills, must be summarily rejected and/or overturned.

Policymakers should instead ensure that protections for sexual orientation and gender identity/expression are included in their state’s antidiscrimination laws, including in education, employment, housing, and health care. These protections are especially important today; as LGBTQ+ issues are used as a cultural wedge, LGBTQ+ people, including youth, are more vulnerable to discrimination, harassment, or violence.

Beyond these basics, state legislators can proactively support rural LGBTQ+ communities in a variety of ways, from changing old discriminatory laws to efforts to make state agencies more inclusive. For example, more than half of all states do not include both sexual orientation and gender identity in hate crime laws, and in many states, a so-called LGBTQ+ “panic” defense can still be used in court to explain or excuse an assault on a LGBTQ+ person, up to and including murder. Many states permit “conversion therapy” to be used on minors, despite consensus in the mental health community that these practices, which attempt to change sexual orientation or gender identity, are harmful or abusive. Decriminalization of HIV and expansion of access to HIV treatment have public health benefits far beyond the LGBTQ+ community. Finally, many states are creating commissions, offices, and state agencies to proactively advise policymakers and executive officials on equitable policies for LGBTQ+ and other marginalized communities.